This set of mini expansions to Black Sonata means that all you determined Dark Lady searchers will have a small box of new tools, which will bring big challenges – along with a couple of things that may make things a little easier.
It’s all made the more interesting by the clever way that expansions can be played separately or in combination.

Be aware!
These games aren’t based on a lot of luck. There’s a great web of underlying cleverness that controls movements, deliberately designed to tease out and test detectives’ powers of deduction.

The theory that Shakespeare’s love sonnets were not written for a woman but for a young man may come as a surprise. But many Shakespeare-sleuths think that he possibly did write them for the “Fair Youth”, who is much mentioned within them. The mystery makes the poems all the more enthralling.

Whatever the truth, the young man obviously had a significant impact on Stratford’s favourite son.

The Fair Youth expansion adds an additional deduction task to the game ~ not only do you have the devious Dark Lady to contend with, but you also must discover where in London the youngster is hiding. Bystanders give clues that (may) help determine which way he went, but if you’re already at his location you will be told a lie! 😠
They do not give easy answers, nor do they say, “yes, he’s here”.

So, searchers need to deduce his location and surprise him there, for extra points. When enquiring about his route, you are shown the kind of place he next passed through: not the location by name.
Extra extra points come if you can catch him and the Dark Lady together, unmasking them both at the same time.

What would Will have made of it all?

A couple of clarifications
• Whilst this will make no real difference to you, the Youth probably passed through the town more than once to end up at his location. He doesn’t move again, once there.
(The chosen card fixes him to the spot.)

• Shortest route means “from where you now are … from where you are asking about him”.
If he’s at Clerkenwell, and you ask about him at Cripplegate, you might be shown a woodland icon – indicating that he’s gone towards Clerkenwell or Shoreditch.
If you ask when you’re at Blackfriars, you may be told he went via a church-location: St Paul’s or Clerkenwell.

• From these examples it can be appreciated that bystanders tell you that his route includes the feature revealed – which, annoyingly, could all too easily point to locations that are not in the direction he actually took.

• Confronting the Fair Youth does not use up an action: you can move to a location and then seek to expose him. This is one of only two circumstances in Black Sonata where two things can be done in the same turn.
(You can also do this when playing in playing in Training Mode.)

• Also, you may be able to find both him and the Dark Lady in the same place at the same time.

• When making a final check of her identity, you have to wait for her to come to you as usual – you cannot both move to where you want to check and check. So you’ll need to have waited on a location where you believe the Youth and her to be, and to have all your clues worked out, ready to check her identity.

This brings extra challenge, inviting you to discover which of seven landscape features may have acted as a secret meeting place for the scribe and the saucy lady.

By querying a rendezvous location card, you see a number from 1 to 3. This is the number of steps away from your current location to a place that has the same characteristics as the one where their rendezvous took place.

If you can deduce which map characteristic (symbol) represents the rendezvous, you can seek to confront and unmask the Dark Lady in a location of that type. Gain a bonus score if you do!

A second moving piece is added to the board, representing another poet. Like you, this scribbler goes back and forth through London’s streets, constantly interacting with your moves.

You can choose between two different rivals, who will make the game either a little easier, or a fair bit harder. The rule book makes it nice & clear as to how they work.

The Elusive poet may spill the beans, so anxiously tries to stay one step ahead of you. But if you catch the rhymer on the run, a clue about the Dark Lady will be revealed.
You take a new clue card, then move them to a location showing the same colour as your present location. So, you are able to track them down more than once.

If you do rely on the Elusive poet, you lose a few points when it comes to scoring.

In contrast, the Aggressive poet’s out to queer your pitch.  This one hounds and chases you, potentially spoiling your plans to intercept the Dark Lady.

If the aggressive rival lands where you are, you are forced into using a precious turn to get away … 😟

If you have been chased and chivvied by the Aggressive poet, you may gain a few points.

A couple of clarifications
• It’s not crucial perhaps, but … the image on page 13 shows you and the Rival Poet on the starting locations of Cornhill and Eastcheap: it’s not correct. You are supposed to start on the same colour.
So, Cornhill and Clerkenwell would be correct ~ but it’s not so easy to photograph 😃

The little box of tricks gives you two tools that can be used to mark and track the Dark Lady’s location at a particular point, as you work your way through the stealth deck.

John Kean says they “may let you tackle the more challenging variants in the game”.

Here we have an alternative set of clue cards to the ones that are used in the base game.

They give each of the characters a new set of clues to the Dark Lady’s characteristics. The new pack presents you with a harder deduction challenge – oh no! 😣 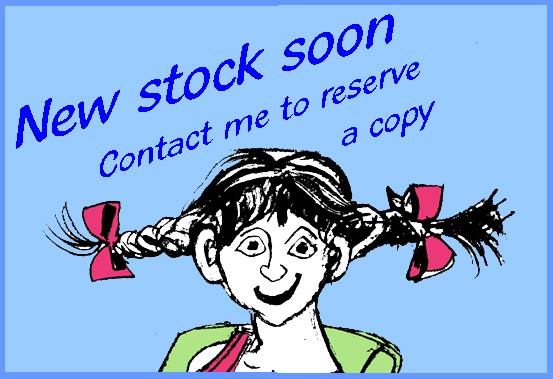 Back to Black Sonata